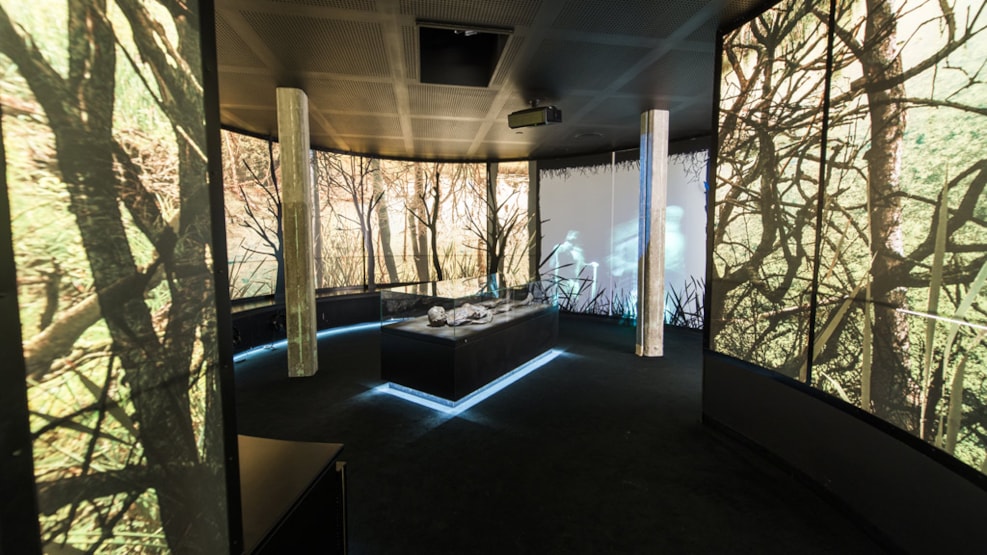 The Cultural Museum relates the history of Denmark seen from the perspective of the town of Vejle – from ancient to more recent times. It’s a hands-on museum with engaging experience that involve every part of the body!

The museum enjoys a historical setting in Vejle’s old Spinning Mills, which offer a unique sense of authenticity and atmosphere. The museum consists of several exhibitions, each of which describes different epochs of Vejle’s history.

Bog body and metal detectors
Meet one of the world’s best preserved ‘bog bodies,’ which spent more than 2,000 years in the cold embrace of the bogs of Haraldskær Mose before the female body, called the Haraldskær Woman, was found by two ditch diggers in 1835.

The exhibition introduces you to the bogs that were the final resting place of the Haraldskær Woman. Here you can also learn about history’s many unknown bog bodies and why these people ended up in swampy grounds.

Choose which archaeological finds discovered near Vejle to experience, such as major sacrificial treasures from Vingsted Lake. Also learn about excavation methods and try digging in the eight-metre-long excavation box.

Spinning machines and disco dancing
Visit the two exhibitions at the Cultural Museum on the cotton industry in Vejle and hear stories by the managers who headed the spinning mills as well as their employees. Also learn about the heat and noise of the spinning mill and experience what it was like to be in the halls when the machines were running. Learn about the hardships of the industry, including low wages and occupational hazards, as well as the lifelong friendships that evolved among employees.

Also try the interactive dance floor and learn how industrialisation not only brought about harsh working conditions but was also the beginning of today’s leisure society. Explore the entertainment displays that present a wide selection of Vejle’s leisure experiences and amusement rides of the 20th century.

Special exhibitions
Every year, the Cultural Museum invites you to experience a new and exciting special exhibition. These exhibitions introduce you to Vejle’s heritage and explore different perspectives and periods in the history of the town.

The Cultural Museum is closed on Mondays except Easter Monday and Whit Monday.

The Cultural Museum is part of Vejlemuseerne. Find all current exhibitions and events at www.vejlemuseerne.dk.