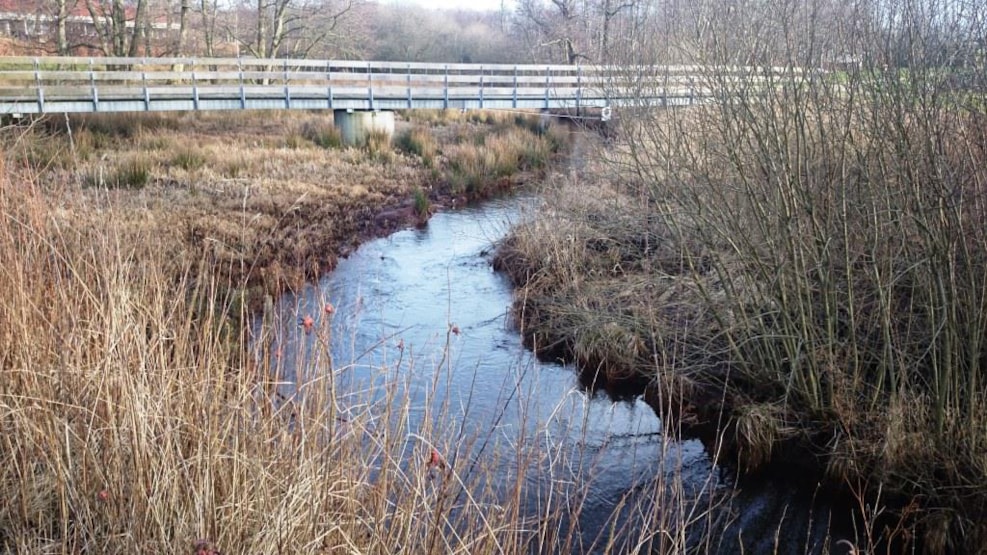 In the southwestern corner of Billund municipality, you find Stenderup-Krogager. The double name may give rise to much discussion, so we will jump past that and instead, we encourage the traveling tourist to ask a local what he thinks about it. After that you can ask someone else, and get a completely different story!

But whatever is being told, it has been called Stenderup parish since the 1200s. Only when the railway was built 100 years ago, it was named Stenderup- Krogager because the Danish Railroad did not allow the station to be called Stenderup, as there were already 10 other Stenderup in Denmark. Krogager was thus railroad town and Stenderup Church town with school and church. The railway is long since closed, but the double name attached, so when driving into the city from the south, says Stenderup on the town sign. Coming from the north, the town sign says Krogager. Ansager River, which cuts across the city forms the dividing line.

Today you will find a number of businesses in the city and surrounding area. Groceries from Min Købmand. Association activities are flourishing. There are school with kindergarten and 0 - 6 grade. Sports center with meeting room and fitness center and many sports fields. In the middle of the city is the care center Engbo and the beautiful park "Ø-parken" with barbecue hut, petanque courts and playground.

Stenderup Church was built in 1909 as a branch of Ansager Church - built by renowned architect Lønborg-Jensen. From 1 January 2017 Stenderup Sogn, will be an independent parish with its own priest resident duty in Stenderup - Krogager. www.stenderupkirke.dk

Visit the city with the dual name and an active and enthusiastic people who think the city as one city!